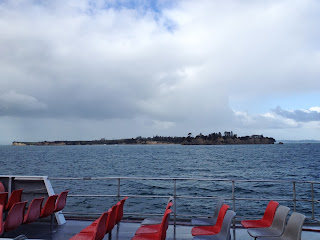 The wine bubbled on his tongue, aerating to reveal black fruit, dark chocolate, and a hint of tomato vine. Camille knew wine, having spent two years prior to this one in France, studying to be an Oenologist - a scientist of wine. I first met Camille while suiting up for a kayak trip around Tasman Bay, his quiet determination to walk a 6 hour track in this popular national park enhanced by the flimsy yellow backpack strings pinned decidedly to his shoulders.

We met again at trails end, his gaze following applications of lotion and light makeup after a hot shower returned sensation to my kayak-weary limbs. Camille looked much the same as our morning meeting, unfazed by a day of winter tramping, his quiet demeanor contrasting youthful visage. He may have been 22, but judging by the softness of his skin, he couldn’t have been more than 25.

With a 5-minute warning from the driver for our return to Nelson, I piled my bags into the van and stumbled into the first available seat. Camille arrived last, inviting his blonde tramping partner to choose her seat, he took the last, sitting beside me. We spoke of hostels and NZ travels, comparing notes with others in the van. My bare-bones YHA hostelling experience paling in comparison to various BBH hostels described by many, including the gold status given to The Paradiso in Nelson for it’s sauna, hot tub, tasty breakfasts and, most notably, chocolate pudding for dessert. And as it turns out, Camille was spending another night at The Paradiso, while I was booked at the more central, and austere YHA Nelson. By the end of the 1-hour drive we spoke long enough to cement a bond and I was saddened to part with my new friends from Paradiso.

Arriving in Nelson after dark, I quickly realized that there was little to do on this winter’s night when all but the most enterprising restaurants had closed their doors at 5pm. As I walked the silent streets scouting for food and the bus depot, a colorful van whipped past and dropped a dark-haired man off at a nearby bank. On closer inspection, the side of the van was tagged in bubble letters spelling out P-a-r-a-d-i-s-o. Camille? I couldn’t tell for sure in this darkness, but this person before me had an uncanny resemblance to my French bus mate. I quickly crossed the street to avoid an awkward encounter at the ATM, and thought nothing more of it.

Half a day later, as I sat on the top deck of the Inter-islander Ferry, Camille re-appeared offering a double take as he made his way to the rail for an unobstructed view. A long gaze confirmed his presence, not surprising considering that he had told me of his plans to head north. Recognizing me, he changed course and sat down beside me. After a polite greeting, he proceeded to tell me of the morning’s hitchhiking adventure that brought him to the ferry in record time (he had left Nelson at least an hour later than I had). He seemed both pleased and amazed at his luck. I don’t remember much more of our conversation during the 4-hour ferry ride except for the fact that he would be flying out of Auckland to France the day before I would leave for the States. That, and he was planning a wine tour of Waiheki Island with his friend who would be meeting him in Wellington. I desperately wanted to ask if I could tag along, but soon realized that I would be travelling from Bulls on the day that he planned to go.

As the ferry turned toward Wellington Harbour, Camille left the deck with his belongings, muttering something about strong winds. After a few attempts to find him in the cabins below, I returned to the top deck assuming that I would not see him again. Yet there he was, easily spotted in his red parka, standing by the baggage claim belt. We chatted for a few minutes, and then got separated when loading onto the shuttle bus. Looking away when he stepped on the bus so that he would not feel obliged to sit near me, Camille walked past without a word and sat a few seats behind. A man close to my age sat beside me and we immediately struck up a conversation about things to do and see in Wellington. I saw Camille again briefly, passing him on the bus platform, his profile hinting at a sadness that I could not be sure of. Knowing that we would be parting within minutes, I thought it best not to disturb him. Only in retrospect did I realize that it is far better to endure the awkwardness of a goodbye than the part indifferently, as if we had never met.

Once again, I was saddened by the thought that we might never meet again, and a bit annoyed with myself for failing to ask if I might join him on his trip to Waiheke, yet half-hoping that I might find him again in Auckland. In spite of the distractions of cosmopolitan Wellington and two days on a farm in Bulls, the cadence of his words echoed in my head for days, much like Luciano’s had, only this time with the poetry of English pronounced by a Frenchman allied with our shared love of wine and stunning landscapes viewed from high vantage points.

So it was with a great deal of amazement that I spotted a black-haired man with a familiar playful lope across the street from the Auckland International Hostel just as I arrived on Saturday night. This time, my double take was met with Camille’s bright smile and a cheerful greeting. I immediately asked how his trip to Waiheke had been and he replied that he was planning to go on Sunday, asking if I would like to join him. “Yes,” my over-enthusiastic reply giving away a bit too much eagerness, qualified by, “ if that’s o.k.” revealing a bit too much vulnerability. He hesitated to respond, but did not retract his offer and said that he would go over details in the common area of the hostel once I had settled in.

Minutes turned to at least an hour when I was delayed by laundry, conversations with new roommates and who knows what else. When I finally made it to the common area, Camille was busy setting up a game of beer pong with a couple of German men, and either he didn’t see me, or chose not to acknowledge me in front of this younger crowd. At any rate, we did not discuss plans that night because I failed to see him again in spite of perching myself in an obvious spot in the lounge with a book for hours. The next morning just as I was heading upstairs to pack for a day of yet undecided adventure (having given up on the Waiheke trip), whom did I run into but Camille. “We’ll need to leave by 9:15.” He spoke casually, as if he had expected to meet. I went along with it even though it would only give me 15 minutes to finish breakfast and get ready. I left him to eat his ginger cookies and tea while I hurriedly cleaned up my dishes.

Although I plan to tell more of our adventure on Waiheke, I tell this tale because of the un-canniness of our encounters. It is not so uncommon to run into the same people throughout a common course of travel in New Zealand. There are only so many roads, and in winter, not too many places to eat or to rest one’s head. I ran into several other people who I recognized periodically from place to place, thinking little of it. My encounters with Camille were exceptional because of their timing. Each time, just as I was about to leave, or in at least one case, as I was about to arrive, Camille would be there, present and happy to see me. Perhaps I’m reading too much into these encounters, or being too mystical about it all, but this is not the first experience that I’ve had with repeated crossings, and usually there is an obvious exchange that takes place to confirm the reason for our meetings.

With this said, I’m still not sure what the reason is for this set of chance meetings except to say that when with Camille I felt a fondness, a sense of closeness, and a lightness of being that only comes to the surface for me when I’m most relaxed and happy. If nothing else, he was a reminder for me of a way of being that requires nothing but the time and space to breathe into each moment and settle in. I will miss Camille, and in the missing I will remember him with love for the moments made magic by our time together. 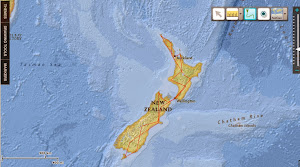 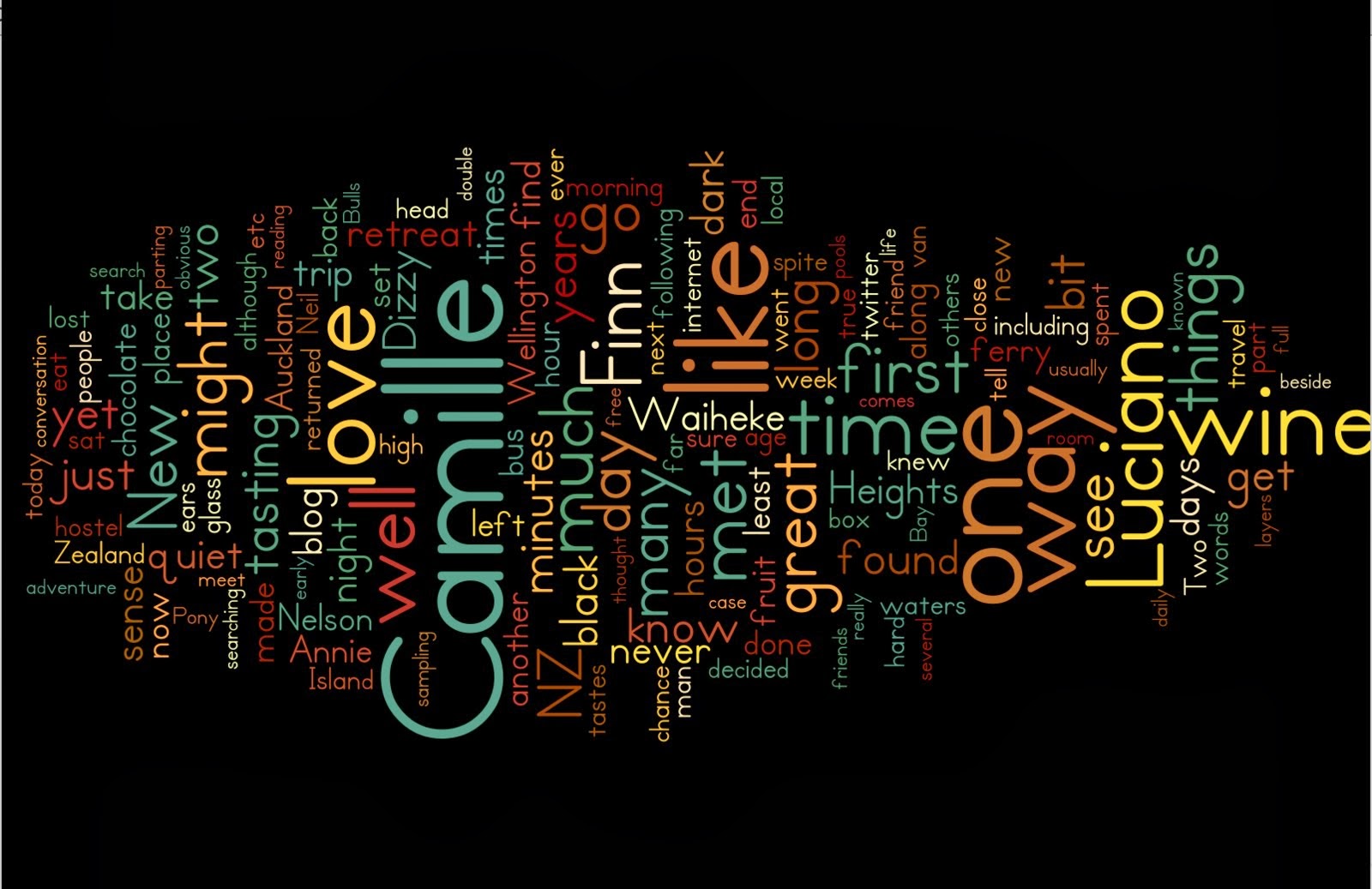